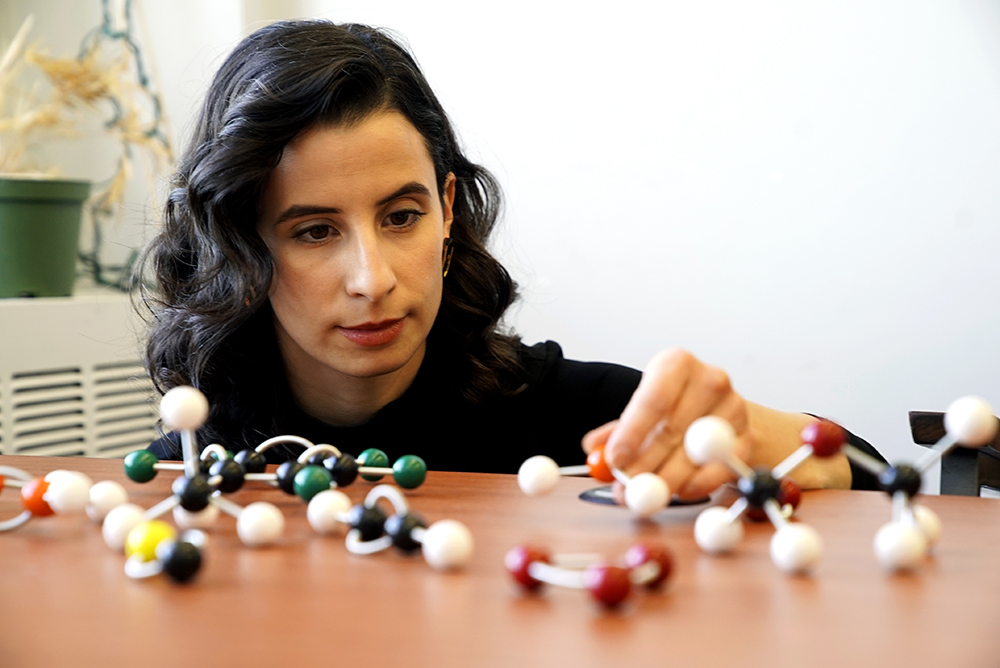 Bard College Physics Assistant Professor Clara Sousa-Silva has published a new study titled “The upcoming opacity challenge in characterizing the atmosphere of exoplanets” in the journal natural astronomy. The paper is led by graduate student Prajwal Niraula (MIT) and reviewed by Julien de Wit (MIT), Iouli E. Gordon (Harvard), Robert Hargreaves (Center for Astrophysics | Harvard & Smithsonian), Clara Sousa-Silva (Bard), and Roman Kochanov (Center for Astrophysics | Harvard & Smithsonian). Their research suggests that the current tools astronomers use to analyze data from space telescopes may not be precise enough to accurately decipher the unprecedented clarity of light signals being captured by next-generation observatories, including the one launched Extreme powerful James Webb Space Telescope (JWST). by NASA in December 2021.

“We are in the extraordinary situation where JWST’s incredible engineering has resulted in the data collected from distant planets exceeding our ability to interpret what we see,” says Sousa-Silva.

Astronomers rely on “opacity models,” which interpret how matter interacts with light, to describe and predict the physical properties of astronomical objects. This new study used existing opacity models to analyze spectral data collected by JWST and to examine the characterization of exoplanet atmospheres, predicting atmospheric temperature, pressure and elemental composition. The researchers warned that for any possible atmospheric signal from an exoplanet, multiple interpretations could be made using current models and basic molecular inputs. The inaccuracy of these models means that data from an extraterrestrial atmosphere could be misinterpreted. The implications of such misinterpretations include our understanding of whether or not an exoplanet could support life.

“There is a scientifically significant difference between a compound like water, which is 5 percent present, and 25 percent, which current models cannot distinguish,” says study co-author Julien de Wit.

The authors show how the limits of our knowledge of light-matter interactions (ie opacity models) will affect our exploration of exoplanetary atmospheres. “Awareness of these limits will prevent biased claims,” ​​they write. “Guided improvements in opacity models, their standardization and dissemination will ensure maximum return on investment from next-generation observatories, including the James Webb Space Telescope.” Their results require investment in improved laboratory and theoretical data on atmospheric molecules, and the development of more accurate turbidity models.