Linger for a moment on the following photo and consider what you see. 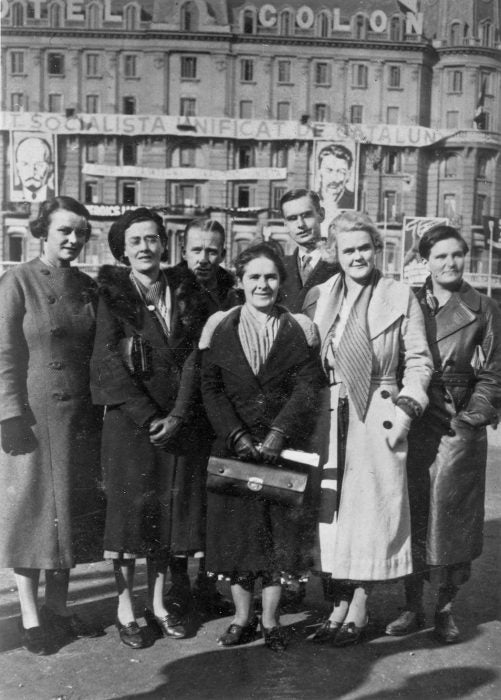 Although information is rich in images, it is seldom included as more than illustrations of text or narration. However, visual information can often provide nuances that words cannot describe so elegantly.

What do you see?

In the photo above, you may have identified a group of people posing in front of a building. You may have noticed banners hanging on the building with text that tell from the language that this photo was taken somewhere in Europe. At this point, it’s tempting to look for a caption or description to put the image in context and clarify any questions you may have. But wait!

The subjects
Instead, take a closer look. There is more information than meets the eye. In the middle of the photo, a person wearing a coat and gloves smiles at the camera while holding a utility bag. Surrounding this person, four others are looking ahead and smiling stiffly, suggesting this is a posed photograph, perhaps one taken to commemorate a specific occasion. None of these individuals are touching, indicating colleagues or acquaintances rather than close friends or family.

the foreground
Although the photo is slightly cropped, a detail in the foreground remains visible. There are shadows in front of the figures which could tell the time of day or at least tell us that there are a few people in the area who didn’t make it into the photo. Maybe this is some kind of gathering.

The background
A large, multi-story building looms behind the figures. Streetlights punctuate the facade of the building, but no trees are visible. People are in a city. The permanent signage on the building reads “OTEL COLON” – is that the name of a hotel? Maybe the group stays there because they are not from that place. Temporary banners also hang on the building’s facade. The largest reads “IT SOCIALISTA UNIFICAT DE CATALUN” and the first few letters appear to be truncated, similar to the incomplete “HOTEL” sign above. While the lower banners are difficult to discern, the word “COMMUNISTA” is visible, as are two portrait banners and part of what appears to be a propaganda poster behind the head of the person on the far right, reminiscent of Soviet-era prints.

This type of sustained staring is a way of approaching images and encouraging visual information to reveal itself by considering the photo’s content in visual groups: subject, foreground, and background. Examining these individually sets the stage for uncovering more meaning than was initially apparent. When these elements are viewed and linked together, it becomes clearer that this photograph depicts a group of travellers, perhaps medical professionals, based on the central character’s bag, visiting Spain during a time of turmoil related to socialism and communism. With a bit of historical context, they can be identified as international volunteers in Barcelona during the Spanish Civil War.

Some of this information may be gleaned from the identifying information or metadata associated with the photograph. With images like this one, a caption can reveal more details about the content of the photo, confirming suspicions and leading to additional material that sheds light on the characters and their world. But even when text provides information about an image, practicing looking closely allows for more discoveries in an image and enriches understanding of the accompanying text.

What the text fails to convey adequately in this case is the cautious, perhaps determined, optimism on the characters’ faces. Nor can a caption capture the feel of the setting, the experience of foreigners standing on a city street in the midst of an intricate, violent, and highly photographed battle between two world wars.

Patient, contemplative gaze, what Shari Tishman calls “slow gaze,” requires sustained attention and curiosity in the face of visual stimuli. In exchange for that effort, it delivers information in droves and nuances far beyond what a quick glance at an image would suggest.

Try this exercise with the image below. Start investigating: 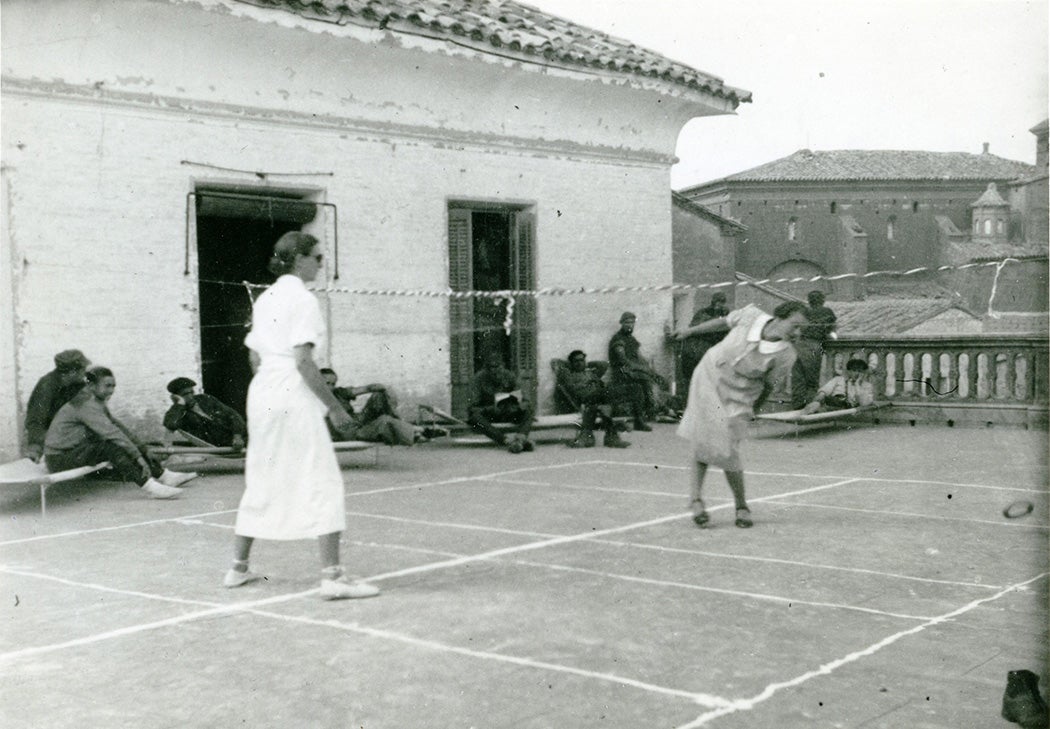 Then look at the details again and connect the dots. What details in each area could provide clues for understanding? How do the details seem to relate to each other?

Follow this Learn to Look column via RSS feed.

are you an educator Try to look closely with your students this lesson plan.