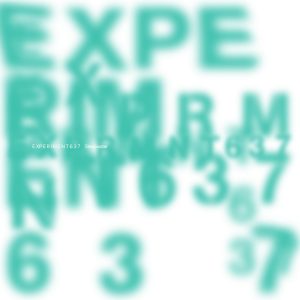 A year that has flown by has produced some great releases this year and Experiment 637’s debut adds easily to the throng of beautiful music gracing our ears at this time. Wayne AF Carey opines An amazing piece of craft floating together with a broken melody…

As you all know if you actually read my stuff, it’s not just about the noise. I love a little smoothness to get rid of the noise that fuels anger. Sometimes you need a hit piece of music equivalent to 40mg of propranolol to relieve the stress. This album is the drug you need. No side effects, just a dash of goosebump numbers that take the worries out of life in the form of nine excellent tracks of pleasure. Embrace keyboardist and some Belter producer Mickey Dale has teamed up with vocalist Ronan Peaker to produce what is sure to be one of the great debuts of our time. Mickey tells me about the beginning of this project.

“Ronan is in a band that has been in and out of my Bradford studio recording singles and EPs. When we met, we quickly bonded as like-minded people who genuinely enjoy each other’s company, and we stayed in regular touch.

A few months later Embrace went on a decent UK tour and were looking for someone to take care of selling our merch every night. Ronan volunteered and we hung out day and night and became close friends. Meanwhile at home things were falling apart… Ronan’s long term relationship was in a sad decline and the side project band I had been writing an album with for 4 years was on the verge of a sudden yet inevitable end.

On that Embrace tour bus, Ronan and I sat up very late one night and talked about all the troubles of every faltering relationship. We raised our glasses to happier times and vowed to write songs together right after the Embrace tour. Within 3 days of the tour ending we were hiding in my studio and soon had so many fresh song ideas sketched out that we were excitedly making plans to write an entire album.

Within weeks, Ronan’s love affair was over; my side project band had spontaneously ignited and we both leaned heavily on our new project to keep us both sane. We played a one-off show at the Brudenell Social Club in Leeds and were the first band to perform on stage at our own record label launch night, The Boy Who Left Home to Learn Fear. The 80-strong audience was visibly shocked and impressed by our approach – a 2-piece band that sounded like a 5-piece band, with a giant projector showing footage of each of us playing all other instruments, filmed against a green screen that allowed the recording of Ronan playing the drums to perform on a magical flying carpet in space! People watched with their mouths open. We felt validated and validated.

Weeks later we were forced into lockdown. We haven’t seen each other for almost 6 months and it’s kind of a little miracle that our album came about. It was an enormously challenging time. The anxiety went off the charts and when we finally got back together we had a lot to write about. The first set of songs was all about the sense of claustrophobia of lockdowns and the bitterness of those failed relationships. When we found our step a sense of playful adventure set in and we wrote Bendy One, Plains and a real love song “Is As The Wind”. We’re both very happy with how the album turned out and we’re now planning to play a series of shows based on that one crazy pre-lockdown show!”

This is such a great album from start to finish. The broken sound effects on opener Old Machine with the keyboard choruses and strong vocals from Ronan are also broken and describe a feeling of being lost. Too Soon To Call A Search is a thing of beauty. A reverberating start full of weird sound effects that fades into an aching chorus that has a hint of Guillemot’s debut, with some lovely bursts of sound floating throughout. Undercurrent continues with the same broken feel as the distorted undercurrents of Mickey’s sorcery turn the whole sound into (yes,) an experiment. It borders on what Thom Yorke later does with Radiohead and his new project The Smile. haunting stuff.

Kick Me In Your Sleep is one of my song of the year and that’s what drew my attention to this duo apart from a nudge from Blizz maestro Mark Whiteside and boss man John Robb. Falsetto vocals and pure keyboard magic from Dale. All the hallmarks of debut album Embrace minus the indie anthems and more of a, dare I say, nod to something you’d hear on the Raymond Briggs Snowman soundtrack. A slow burner that climbs high and keeps your attention. When you hear Midday Sun, you immediately think of Embrace. Ronan has McNamara’s vocal trademarks and Mickey obviously plays a big part in her great sound, but that’s her own, as Dale does some magical fucking with his production towards the end with an industrial mashup that explodes in your ears. Bendy One goes on a real psychedelic sonic mission with the reverberant vocals that are all shoegaze and ethereal. Like the best spliff you’ve ever smoked while sitting on a beanbag and watching the sun go down.

Plains just keeps the momentum going. Another piece of sublime trippy art that will snap and freak your head out with the tricks of Dale and his prolific babble. Is As The Wind is an excellent track that gets better with every listen. Some great songwriting that should get the big guns like Thom Yorke to shit with the scope of the Dale/Peaker duo. It’s packed to the brim with everything you could want in a song. Sublimity and a bold statement for anthemic psych sound. Closing Album (Alone) Wandering Alone is a nearly nine-minute piece of wonderful melancholy about being afraid to make friends if you lose them, and then watching them all alone from a great height. An ambitious piece of work that will give you the bloody shivers and relax you in an uncomfortably way that isn’t as unsettling as you’d like to imagine. Like being hit on the head by a marshmallow full of confetti.

A great debut that Embrace fans will love because of the tremendous talent of Mickey Dale, who obviously plays a big part in the McNamara brothers’ master plan. Ronan has taken his role seriously as frontman, who pulls his own punch with some stunning vocals that launch the brilliantly-named Experiment 637 into the ring of contenders for big bands of the future breaking with the old mold of ‘lad bands’. One of the albums of the year.

Forewords by Wayne Carey, Reviews Editor for Louder Than War. His author profile is here