According to experts ahead of the KeyGene seminar, DNA analysis can increase efficiency when selecting favorable traits in the fruit sector

Next week’s KeyGene seminar, which will be broadcast live online on September 27, will focus on the beneficial use of DNA analysis in breeding plants that reproduce asexually.

While DNA sequencing and genetic markers are regularly used for large crops such as wheat and corn, the practice is less common for fruit, as some growers appear to be put off by the apparent complexity. In the case of strawberries, for example, eight sets of chromosomes make analysis considerably more difficult.

“There are some companies with good experience in DNA analysis,” says Erik Toussaint of plant research group KeyGene, “so we thought we’d host a webinar to share experiences, views and the hurdles we’re facing in introducing DNA.” -Analysis as a tool versus breeding, and how to inspire people to think about how maybe they too could start incorporating DNA analysis into their breeding.” 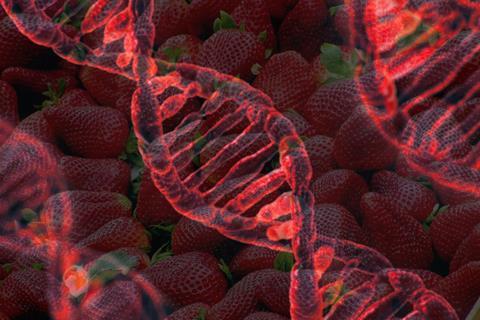 The experience of early adopters of DNA analysis approaches, according to the organizers, shows that “building genomic and genetic toolboxes, staging the integration of different molecular technologies, and building in-house capabilities are critical success factors.”

“We want to increase efficiency,” says Graham Clarkson of Edward Vinson, a fruit grower in the south-east of England and a leading soft fruit supplier to the UK’s main supermarkets. “DNA analysis can give us a better understanding of what we can do. We plan for 12-15 years. Everyone wants higher yields, but how do we achieve those yields along with longer shelf life, better sizes, and better flavor? For any trait you are interested in, if there is a genetic aspect, DNA analysis can help.”

“Traits are not always encoded by just one gene,” Toussaint adds. “When six genes have an impact on the trait, it’s pretty darn difficult to figure out which plants have that combination without looking at the DNA. Figuring out which parts of the DNA are involved in the trait really makes life easier.”

Whether breeding for flavor or for resistance to disease, drought or extreme temperatures, DNA analysis can speed up the process.

For fruits that take years to produce, like apples, Toussaint says, predicting flavor issues during the seedling stage and excluding 10-20 percent of plants can save both time and money.

For Clarkson, DNA analysis has great potential in the soft fruit category, allowing our growers to make more informed decisions and plan better.

“There will be more and more data in the future, so it depends on how you interpret it,” he says. “We are constantly learning and expanding our knowledge. We hope to be able to use the possibilities of this technology. If everyone else is using DNA analysis and you’re the last one, that’s probably the biggest risk.”

And what about the daunting complexity? “In the end, I hear breeders say it wasn’t ‘easy’, but it was easier than they thought,” confirms Toussaint. “Maybe the barriers are perceived as too big, but that used to be the case in vegetables too, and now growers have their own labs.”