“Precautionary principle: The principle that the introduction of a new product or process, the ultimate effects of which are disputed or unknown, should be resisted.” — Oxford languages 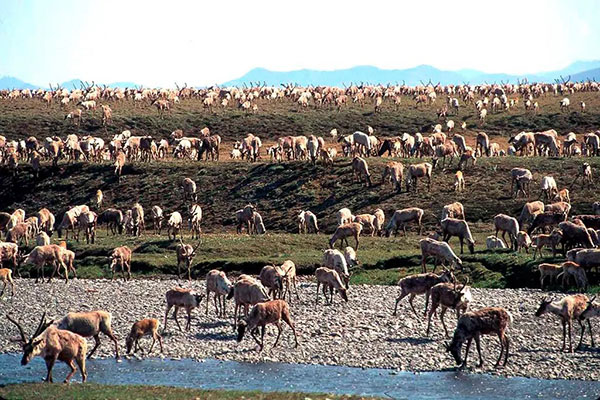 Photo: US Fish and Wildlife Service

The Arctic National Wildlife Refuge covers almost 20 million hectares. It is home to a variety of wildlife, from tiny pollinating flies to giant grizzly and polar bears.

It also has oil. Lots of oil.

Extracting this oil from the ground and bringing it to market would create jobs and benefit trade. It would also harm the environment. Some wildlife would suffer.

Many argue that the long-term harms of drilling outweigh the short-term benefits. The Biden administration agrees and has banned drilling to protect the sanctuary’s environment and wildlife.

The government has taken a similarly conservative approach to preserving the frequency environment for satellites.

Like the previous government, it has asked the Federal Communications Commission (FCC) not to allow Ligado Networks to use spectrum besides the spectrum allocated for GPS and Iridium Communications. The concern is that Ligado’s stronger transfers will hurt some existing users.

A recent report from the National Academies of Sciences, Engineering and Medicine confirms these concerns. As with many complex environmental problems, the total number of people affected and the total negative impact on the nation is unknown. You can be unrecognizable.

As an independent agency, the FCC receives recommendations from, but does not report to, administration. To date, neither formal appeals from the executive branch nor representatives from numerous industry and non-profit groups have prevented it from overturning its decision to allow Ligado to operate.

Like other authorities making environmental decisions, the Commission should apply the “precautionary principle” when considering new uses and users. It is a recognized and systematic method of linking science and public policy.

The precautionary principle is more than just “safe than sorry”, it has four main tenets:

The first three of these were part of the FCC’s process in their Ligado decision, although critics of the result might question how rigorously each was applied:

Regardless of the merits or sins of its process to date, the FCC’s path forward must depend on the final tenant of the precautionary principle: “Consider a wide range of alternatives in the face of uncertainty.”

The most obvious, simple, and uncomplicated of these alternatives is for the FCC to allocate Ligado different frequencies that are further away from those used by space-based applications.

Admittedly, this path is only conceptually “simple and straight forward”. It requires an almost complete restart of the frequency allocation process, detailed analyses, complex negotiations and difficult decisions.

However, the current situation is causing some harm to an unknown but significant number of GPS and Iridium users. Damage, which in some cases can be serious. Even life-threatening.

It also means damage to Ligado. As things stand now, the company will always be under one cloud in the minds of federal officials and other GPS and Iridium users. Ligado is no doubt also blamed for a variety of problems not caused by him, from sunny weather to criminal disorders. And a major mishap related to a disruption created by the company could do him extreme harm. Might even bring about Ligado’s downfall.

Radio spectrum is a limited and critical national resource. The FCC’s desire to make best use of them is necessary and reasonable. However, this requires great care to protect the overall environment and existing users.

Solving the “Ligado problem” requires creativity and a shift away from the adversarial approach that has characterized the FCC process. Let’s hope that by reconsidering the issue, the Commission will find a way for everyone to move forward.

Dana A. Goward is President of the Resilient Navigation and Timing Foundation.