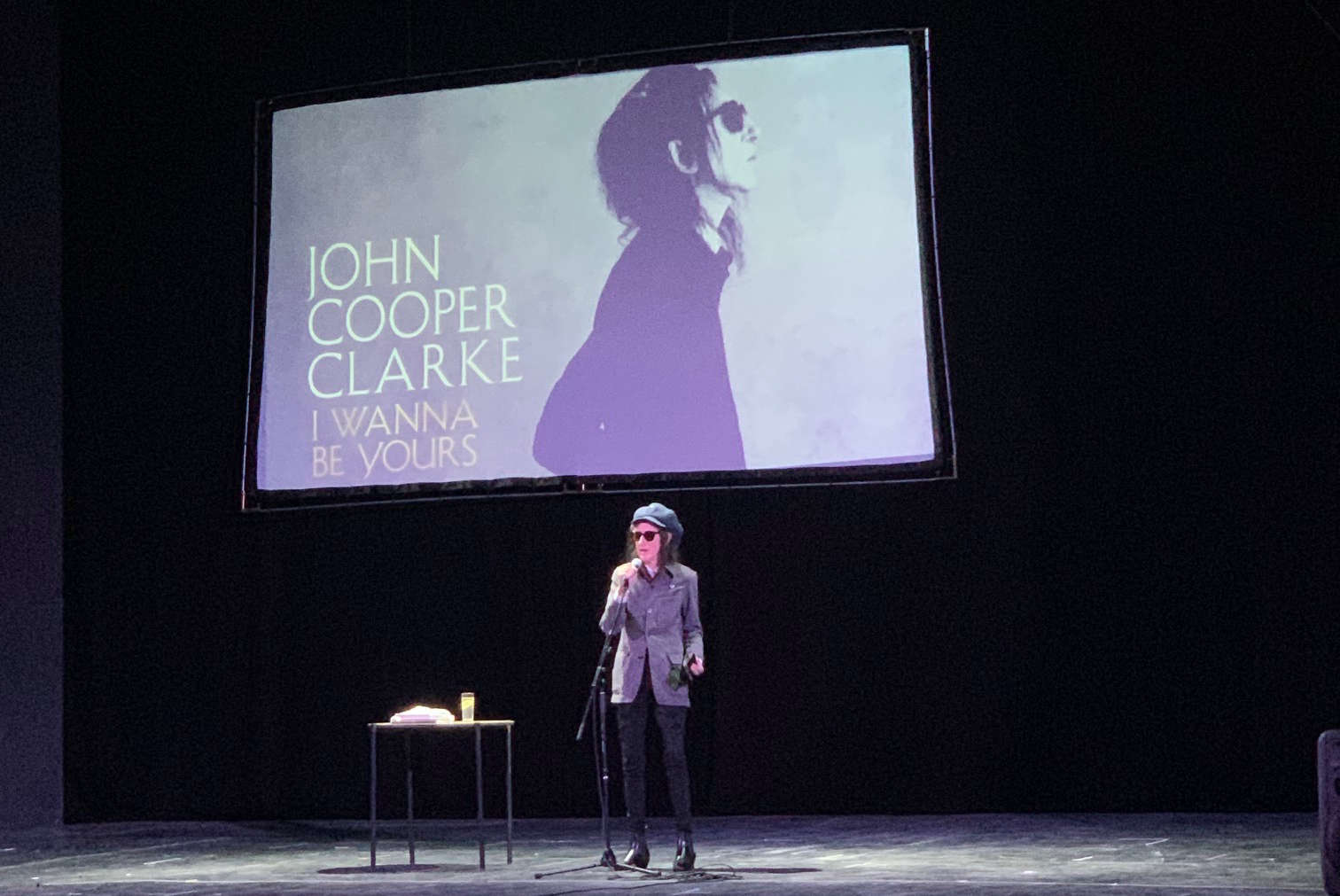 Morecambe Poetry Festival headliner Dr. John Cooper Clarke, was as hilarious, eloquent and entertaining as ever when he graced the Winter Gardens stage on Friday night.

He performed in the iconic building in its 125th year and it was great to see it packed as the restoration project for it continues.

Clarke was preceded by his regular support act Mike Garry, who narrated personal and at times amusing poetry about his working-class life and background in Manchester.

Despite the short time he’s been on stage, he’s made it his own, and it felt like we’ve learned so much about him through his thought-provoking and emotional descriptions of his younger years.

He walked the stage while telling his stories, but his voice still carried thanks to a combination of impeccable stage presence and audiences captivated by his poetry.

Then it was time for the more direct and comedic John Cooper Clarke, who began his set with jokes and banter with the audience that continued throughout the night.

The legendary Salford wordsmith is now 73, but his poetry remains iconic to this day and to say he was well received by Winter Gardens audiences would be an understatement.

This year is his 45th poetry play, which he began in Manchester folk clubs in 1977 and he continues to perform his work at breakneck speed.

And it wasn’t just poetry that the so-called Bard of Salford entertained us with, he also sang snippets of rock ‘n’ roll hits from decades past between poems, though as always it was done with more than a touch of self-mockery.

He also regaled us with his life stories, new and old. Whether these brief anecdotes revolved around recent doctor visits or older stories about his first and second marriages, they got the crowd laughing.

Poems he performed live Friday night included “The Luckiest Guy Alive”, “(I Married a) Monster from Outer Space”, “Beasley Street and Beasley Boulevard” and arguably his two most iconic and well-known poems: “Evidently Chickentown ‘, which was featured in the penultimate episode of hit American crime series The Sopranos, and ‘I Wanna Be Yours’, which rock band Arctic Monkeys adapted into a song in 2013.

In short, John Cooper Clarke remains a brilliant live performer with incredible wit and a great sense of humor. His two recent books, I Wanna Be Yours and The Luckiest Guy Alive, which he was happy to promote during his performance, are now available, as is one of Mike Garry’s several collections of poetry from the past few years, entitled “Men’s Mourning”.