Despite the necessities of operating under wartime conditions, Ukrainian service provider Volia has said it has invested UAH 500 million ($14.7 million) in its backbone networks as a first step in modernizing its network. 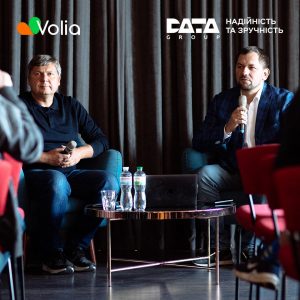 Volia has partnered with Cisco to modernize its network.

As a first step, the group created 11 new backup links totaling more than 900 Gbps and installed 200 devices to increase the fault tolerance of the support network by more than 2x.

Volia said it also increased the network’s bandwidth by 10 times.

Volia’s network includes settlements in 22 regions of Ukraine and has about 34,000 km of its own fiber optic lines. It said that thanks to its network of long-distance lines, it can quickly divert traffic flows onto backup channels to restore services in the event of mainline accidents.

“After the completion of the project, our network will become one of the largest and most flexible in the telecommunications market of Ukraine. This has already created new opportunities in building fail-safe and fast communication channels for our corporate and wholesale customers and partners. And for private subscribers, Internet access speed has already increased with minimal lag during peak hours,” said Andrii Val, Technical Director of Volia.

“In times of war, reliability and availability of communications are crucial factors. And we are very happy that it is Cisco technologies that can provide Ukrainian companies and subscribers with high-quality and reliable Internet.” said Serhiy Martynchuk, head of Cisco’s representative office in Ukraine.

“Since the beginning of the war, Datagroup-Volia has focused all efforts on maintaining and improving the quality of communication services throughout Ukraine. The company’s specialists work around the clock, sometimes risking their lives, conducting repair work to restore services in liberated cities, and also working on the implementation of a new network and connecting critical services to it. So far, more than 200 units of new equipment have been installed on the main network. Since February 24, our technical specialists have processed more than 40,000 incidents and network failures, most of which are directly related to combat operations. Despite constant work to restore damaged lines, we are proud to have been able to implement the first stage of such an ambitious modernization project,” said Mykhailo Shelemba, CEO of Volia.